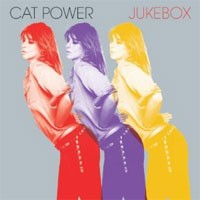 Cat Power returns with "Jukebox", her second album of cover songs and a tribute to the great vocalists who have influenced her over the years. Recorded in Dallas, Memphis and Miami with Stu Sikes (who also worked on Loretta Lynn's Grammy-winning "Van Lear Rose"), it contains twelve tracks, eleven of which are covers and one, "Song To Bobby", is brand new and a suitable inclusion as she wrote it about meeting Bob Dylan for the first time (it also precedes her version of "I Believe In You" on this record). This is the first record she has made with her band Dirty Delta Blues – the quartet of Dirty Three's Jim White, Delta 72's Gregg Foreman, Jon Spencer Blues Explosion's Judah Bauer and Lizard Music's Erik Paparozzi – and they make up a big part of this album. Also making guest appearances on the record are Spooner Oldham (Neil Young, Janis Joplin), Larry McDonald (Toots & The Maytails, Taj Mahal), Teenie Hodges (Al Green, Memphis Rhythm Band) and Matt Sweeney (Chavez). Time Out once wrote that Cat Power was 'a master of interpretation' and "Jukebox" highlights just that. Although her second album of covers, it's not really the sequel to "The Covers Record" (2000), instead a fascinating new chapter in Chan Marshall's artistic arc.