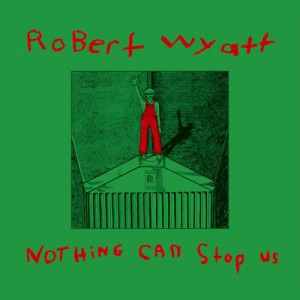 Originally released in 1982, "Nothing Can Stop Us" compiles the first four singles Robert Wyatt issued for Rough Trade. The A-sides were all cover versions, ranging from Chic's "At Last I'm Free" to his version of the unofficial Cuban anthem "Caimanera" ("Guantanamera") and a haunting version of "Strange Fruit" depicting the lynching of three young black men in the US in the 1930s and made famous by Billie Holiday. The other tracks include Wyatt's most political recordings including the spine-tingling "Born Again Cretin" or "The Red Flag" and shows him at his uncompromising best.