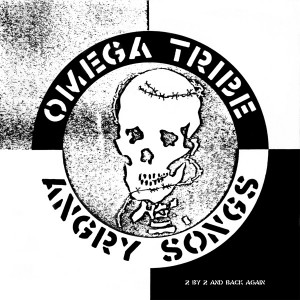 ‘Angry Songs’ by Omega Tribe is anarchist punk at its finest, with powerful unrelenting lyricism, caustic riffs and an immediacy that came to define the genre.

The band have recently reinvented themselves, are creating and releasing new music, and they have a new album out.

First released on 7” vinyl, limiting the sound, the new repressing has been remastered for 12” at Abbey Road Studios, allowing the release to be heard as never before.

This, plus enlarged replicas of the original covers, brings new gusto to the already radical sound.

Another Bloody Day
Profiteer
Is This A Future?
Time For Change