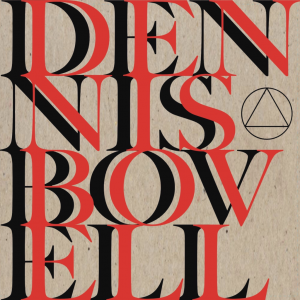 A Mountain Of One enlist UK dub legend Denis Bovell to remix “Custard’s Last Stand”. True to dub music's evolving and technically advanced ethos, Denis' more recent output has been much more experimental and electronically guided than the traditional dub crafted by the original pioneers.

This release is no exception as the producer naturally takes to the strewn-out, long form nature of A Mountain Of One, drawing "Custard's Last Stand" into a psychedelic-prog-dub epic - throwing the entire stems through a vibrating dub delay, allowing huge waves of strings and choir vox to crash onto our ears and pushing to the foreground those buzzing lysergic synth lines that burrow right into our cranium.

Inna typical style we get a vocal and instrumental version; both awash with echo chamber dreaminess and presenting themselves as hi-definition tapestries for the rig. It's an exceptional outing from Bovell, and yet more reasons to love one of the best Balearic-soft-rock bands in recent history. Recommended!

Martin says: I've been really feeling Bovell's recent direction. Ditching the traditional tropes of original dub and tuning himself into the mixing board for a fresh take on the echo chamber.

A Mountain Of OneCustards Last Stand

A Mountain Of OneStars Planets Dust Me

A Mountain Of OneDealer