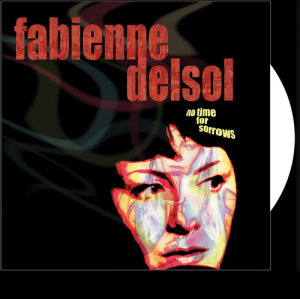 Fabienne moved to London in 1996, almost immediately joining the Bristols, a then studio project consisting of Liam Watson and Ed Deegan, two producer-engineers at Toerag Studios. After two albums, a few singles and several tours of Europe, the Bristols came to an end. Eager to carry on singing, Fabienne went solo. With the help of Liam Watson producing, Fabienne recorded her first album No Time For Sorrows concentrating on a more elaborate but similar style she had previously experienced with the Bristols.