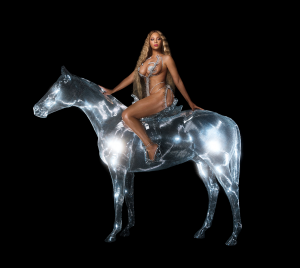 Renaissance (written as Act I: Renaissance) is the upcoming seventh studio album by American singer Beyoncé, released through Parkwood Entertainment and via RCA Records in the UK.

Shortly after Beyoncé announced 'Renaissance', Jem Aswad of Variety reported that the album will include dance and country-leaning tracks, with contributions from songwriter Ryan Tedder and producer Raphael Saadiq. British Vogue confirmed that the album would feature influences from 1990s garage, 1980s "excess", and a "glittering retro-futurism." According to Metro, Beyoncé was paying attention to the works of MistaJam, David Asante, MNEK, Kamille, and Azealia Banks while brainstorming, and referenced South African pop music honoring artists like Brenda Fassie.