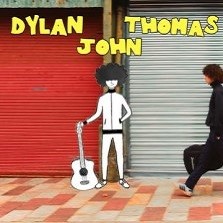 This limited edition transparent 12” vinyl is Dylan’s second EP. It includes brand new single ‘If I Didn’t Laugh’, previously released ‘Fever’ plus two brand new songs ‘Now and Then’ and ‘What a Shame’, introduced by opening instrumental ‘Battle of Alesia’.

Mentored by Gerry Cinnamon, the singer-songwriter made history selling out King Tut’s quicker than any other artist in the venue’s history. Having played gigs with Sam Fender, Liam Gallagher, Stereophonics and Courteeners, Dylan also played a sold-out headline show at Glasgow’s legendary Barrowland earlier this year. Fresh from making his Glastonbury debut, he will be appearing at festivals throughout the summer, including a main stage slot at TRNSMT, with a headline tour to follow this November.