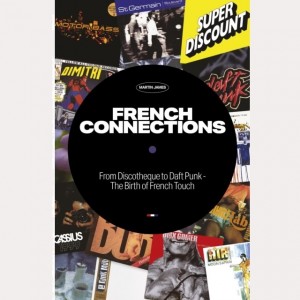 During the second half of the 1990s, Paris experienced a dance music revolution thanks to groundbreaking artists like Daft Punk, Air, Super Discount, Motorbass, Cassius, Dimitri from Paris, Bob Sinclar and many, many more. It was a scene that became known as French Touch and was heralded throughout the world as the epitome of dance music cool, forever placing Paris on the dance culture map.

Journalist and author Martin James was there right from the start, documenting the scene from its inspirations to its earliest moments and onto its global breakthrough. In the process, he inadvertently provided the French Touch moniker that became adopted throughout the world.

Drawing on a dazzling array of exclusive interviews with the biggest names in French electronic music history, French Connections explores France’s significant contribution to dance music culture that paved the way for the French Touch explosion."