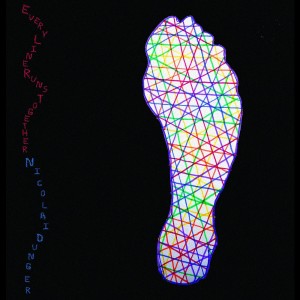 About time Ebbot and I have finally been able to make an album that is largely an extension of all the time we have spent together and all the concerts we have done. You could say it's a kind of fusion of the two of us in music form. A key ingredient was that Reine Fiske (Dungen) wanted to be part of this musical adventure and record with us. His tone and spontaneous playing were absolutely crucial in making this album. Also at the heart of this album, and which made our recording sessions so edgy and good, were the beautiful poppy bass playing by Marcus Holmberg (Komeda), the dynamic and responsive drumming by Nicklas Korsell and the funky piano playing by Daniel Kurba. And finally, working as both a musician and sound engineer, Ponus Torstensson, aka Tentakel, played a vital role in creating the psychedelic sound on the album.