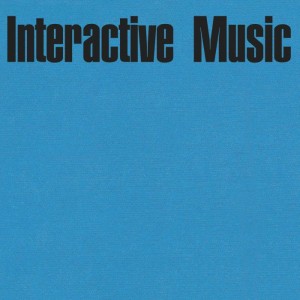 "Manchester record store / label All Night Flight delves into the labyrinthine back-catalogue of respected producer Uwe Schmidt’s private label Rather Interesting with a vinyl sampler of the 1995 self-titled album Interactive Music. Previously released on CD only, Interactive Music came during a time of explosive creativity for Schmidt (also known as Atom™, Atom Heart, or Señor Coconut), where the German artist sought to release a new, individual album each month, each backed by their own design and conceptual structure with the goal of expanding the boundaries of technology, sound and electronic music as a whole. The motivation behind Interactive Music was to explore a new way of composing music, allowing both machinery and recorded elements to ‘interact’ with each other within a systems-based arrangement whilst incorporating any randomness and unpredictability that arose in order to create a sense of the organic or sentience within the machines. The four tracks here plucked from the original source demonstrate the breadth of styles Schmidt covers under his intuitive systems approach, leading with the atmospheric slo-motion creep of opener ‘Dynamic Link’, followed by the spluttering, melody-rich, UK-techno indebted ‘Kinky Sky Candy Drops’ that pays homage to Warp’s legendary Artificial Intelligence series of the early 90’s. On the B-side, ‘I See No Evil’ unleashes a taut electro piece, heavily enriched with Schmidt’s intricate drum programming and unique ear for sound design, whilst the extended closer ‘Assembler’ sees the ‘Interactive Music’ system firing on all pistons with an array of percussive and melodic elements working in unison for a heavily textured, free-form, electronic free-jazz-jam. A pioneering and easy to overlook masterclass in electronic production, rightly framed in a fresh new context.