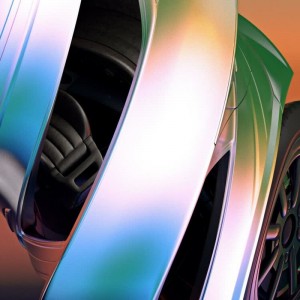 Hailing from Sydney, Australia, prolific producer Cabu has come a long way; from his successful remix work – from Joe Hurtz's "Stay Lost" edit to Big Wild's "Empty Room" flip – to his consistently catchy original productions, Cabu's only getting started. He keeps this momentum alive with the EP "So Far To Go", his first to be released by Ta-ku & Jakarta Records' sublabel 823 Records.

823 is a perfect place for Cabu's bouncy, hypnotic grooves and is a return to form for what "Cabu" represents: a driving force in the pursuit of happiness through sound. It's a well-timed collaboration, as Cabu's fanbase has continuously grown over the past few years through features on Australia's Triple J, DJ Complexion's Future Beats Radio, Soundistyle, The South East Grind, Mutual Friends, ThisSongIsSick, Majestic Casual, Soulection Radio, BBC 1xtra, Pilerats, Maison Kitsune and more. To that end, "So Far To Go" features some of the most talented artists to come out of the Pacific continent, such as Milan Ring (95K monthly Spotify listeners) – coined "Australia's R&B Princess" by Apple Music – Brisbane native hit-maker Young Franco (1M+ monthly Spotify listeners), Kamaliza (123K monthly Spotify listeners), NOÉ, Gabby Nacua, Pastel and of course label-head Ta-ku himself.

1st single, "Process" featuring Ta-ku & Milan Ring was released on November 3rd. Hypnotically bouncy, with heavenly synth pads, crisp percussive elements combined with the ethereal voices of Ta-ku and Milan harmonically push the sonic envelope to make this track an infallible groovy knockout. As Cabu says, "Process" is "the dream-like state in which you take gratitude in your current situation whilst being hopeful in the future." The track provides a perfect taste of these artistic and creative powerhouses. The stunningly beautiful music video – directed by Sydney based Redscope Films and premiered on The Sound You Need – is the perfect accompaniment.

2nd single, "Sun & Moon" featuring Young Franco & NOÉ is set to be released on December 10th along with an announcement of the EP and pre-order. The song is a contagiously bouncy bop, with the different vocal harmonies and synth chords giving the track an almost prime 00's throwback, it's the perfect year-end anthem to keep dancing and growing through the good and bad.

The album's focus track, "About U" featuring Kamaliza will be released along with the EP release on January 28th, 2022. The song perfectly blends electronic elements within an R&B / Soul aesthetic, and is all about moving forward with intention, from the lyrics to the groove, making you feel tipsy on life.

All singles off the EP will be accompanied with custom visualizers by Perth-based design / creative firm Gesture Systems. The album's single-releases and videos will be promoted in-house via the artist's and the label's social media channels in Germany and Australia.

The 823 label represents the appreciation for the people, ideas and places that inspire and push their protagonists forward. "823 celebrates the simple beauty of everyday life and the people in it that inspire us." (Regan Matthews aka Ta-ku)

Millie says: I've been waiting patiently for this one, smooth R&B sound with high energy which hits just the right spot. Exciting things coming from Sydney, this is one to watch closely for sure.

Jayson BrosMonster Box / All My Life