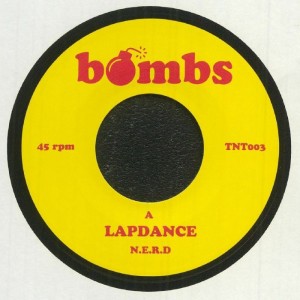 Two tracks from NERD's back catalogue reissued by the good folks at TNT Rap Classics. "Lapdance" was released at the turn of the millennium to humongous acclaim. It even found its way onto the Swordfish soundtrack! Featuring that quintessential boombap, combined with tongue-in-cheek lyrics, soulful chorus and super tight delivery - a formular that would define this era-defining group.

"Run To The Sun" on the flip was taken from their 2001 LP, "In Search Of...". Resplendent with sunny vocals, more of that stop-start boom-bap and intricate production nuances that their ever-growing horde of fans would associate with this pivotal and influential act.

Ginger Johnson & And His African MessengersWitchdoctor