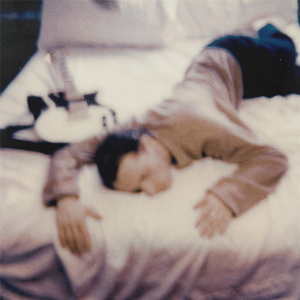 Puma Blue won widespread critical acclaim with the release of his debut LP ‘In Praise of Shadows’ earlier this year. Described by NME as “a brief moment of relief for those lost in the darkness” the album found his storytelling at its most honest and vulnerable to date whilst his production reached new heights, retaining its characteristic bedroom intimacy.

Yet for all the intimacy of his ‘voicemail-ballads’ on record, his songs carry a different resonance in a live setting; a mix of improvisation, in-the-moment escapism and the collective power of an audience taking his music to new heights. It’s something the producer & vocalist, real name Jacob Allen, has had a lot of time to reflect on in the last year, the absence of touring, combined with a move to Atlanta GA, giving him the time and distance to fully appreciate the importance of the record vs. live dichotomy to the way his work is perceived, experienced and felt.

Jacob says, “As beautiful as I could make something on my own, it could never compare to what these beautiful boys bring to it. Not just because they’re incredible musicians who are really connected to the spirit of music, but it’s more that live music is such an untameable thing. It’s such a deeper spectrum.”