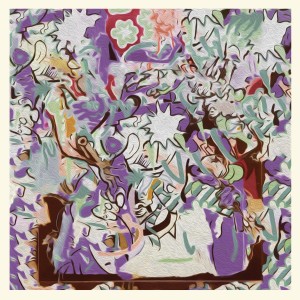 An album that speaks directly to the times we live in, Going Going Gone sees Mild High Club blending the psychedelic pop of earlier albums Skiptracing and Timeline with influences from around the world, especially Brazilian avant-garde music from the ‘70s and ‘80s.

Songs from Skiptracing and Timeline have hundreds of millions of streams. Mild High Club recently had viral success with single ‘Homage’ on TikTok, with over 50k videos posted and millions of likes. An active Reddit community dedicated to the band boasts thousands of members.

The band has played at such iconic festivals and venues as Coachella, Le Bataclan in Paris, and Brixton Academy in London. In 2017, they released an album with King Gizzard and the Lizard Wizard, Sketches from Brunswick East.

Barry says: Mild High Club return for their newest outing, mixing the hazy indie guitars and swooning progressions of yesteryear but with a more crystalline, loungy production aesthetic. As wonderfully evocative as their previous outings, but even more beautifully varied.