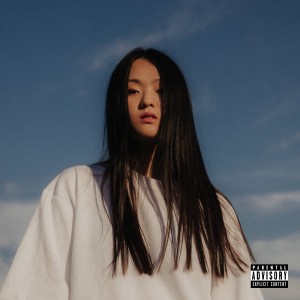 Stiring up a storm through her "If U Want It" 12", plus some tasty collaborations with the likes of Clams Casino, Blood Orange, Galcher Lustwerk and Nosaj Thing, the Ninja Tune-signed genius lays out her sonic identity in an edgy, attitude-filled LP which is both hi-tek and emotion-filled.

Stylistically, Jin seems to digest booty bass and ghetto house, combine it with some of the modern lo-fi house aesthetics and give it her own uniquely S. Korean sugary icing. Some of her drum patterns recall early DJ Rush or Green Velvet, while at other times lo-fi pioneers like Seinfeld and DJ Boring are clearly an influence. It's her deadpan, cool ass delivery that really seals the deal though. Taking influence from Chicago drill, post-punk and pop and somehow gelling it all together into something sincerely her own.

It's a beautifully modern LP which loses none of its soul from being entirely electronic. A future star in the making. Recommended.

Barry says: The wonderful 'Before I Die' sees Park Hye Jin renewing her take on oft-minimal footwork influenced house. It's a sleek and breezy affair, with the more propulsive moments being tempered with her heavily reverbed, hypnotic vocals forging a brilliant combination of drive and nuanced, lo-fi percussion.

Side B
Can I Get Your Number
Whatchu Doin Later
Sex With ME (DEFG)
Where Are You Think
Never Die
Hey, Hey, Hey
Sunday ASAP
I Jus Wanna Be Happy