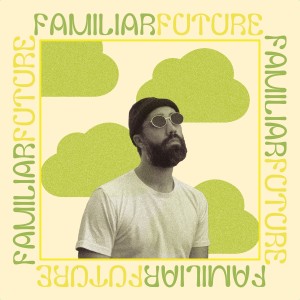 Acclaimed Bay Area multi-instrumentalist, producer, and composer Doug Stu grew up outside of Chicago and his early education began in jazz clubs and festivals as a teenager - frequenting sessions with Jeff Parker, Fred Anderson, Nicole Mitchell, and other members of the AACM. Left exceedingly inspired, he continued on to the University of Michigan, studying bass under Detroit jazz royalty, Robert Hurst and Geri Allen, where he deepened his practice in Jazz and Contemplative Studies.

Now, based out of Oakland and Los Angeles, Stuart collaborates within many Jazz, Hip-Hop, and Experimental music scenes. His works include compositions for the NPR podcast Snap Judgement, along with co-writes and production with various groups including: Brijean, Bells Atlas, Meernaa, Luke Temple, Jay Stone. Dougie Stu’s Familiar Future is a uniquely jazz-attuned album that is soulful and ethereal. It draws inspiration from artists and producers like Lonnie Liston Smith, Charles Stepney, David Axelrod, and Alice Coltrane. Stuart has arrived at a sound that harkens back to the golden era of soul jazz and R&B, while still sounding contemporary.