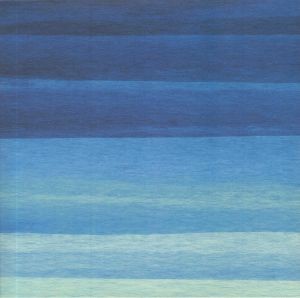 Buried amongst the gems on the second Claremont Editions compilation was ‘Oui Non’, a collaborative cut that marked the first label appearance of Jpye (real name Jean-Philippe Altier), a French multi-instrumentalist, DJ and producer best known for his work as part of Twonk alongside Leonidas and percussionist/vocalist/guitarist Renato Tonini.

Here Jpye and Tonini join forces once more for their first single on Claremont 56 – a sensual and seductive slab of slow-motion, sun-soaked synth-pop that features more than a few subtle nods to classic Italian Balearic disco cuts such as Radio Band’s ‘Radio Rap’ and Tullio de Piscopo’s ‘Stop Bajon (Primavera)’.

‘Cosa Ti Va’ is presented in two complimentary versions. On the A-side of the vinyl version you’ll find the full vocal, which boasts Tonini rapping in his native tongue in the manner of Italo-disco’s most eccentric and atmospheric vocalists. With his deep, rich tone and fluid flow, it’s hard not to fall in love with Tonini’s previously unheard rapping. Rounding off the single is the pair’s vocal-free instrumental take, in which Jpye’s stunning guitar motifs and tactile, soft-touch production can be savoured in full.

Patrick says: Summer's just round the corner, nature is in full bloom and the Aperol's on chill - there is no better time for this synth-y shuffler to greet my ears. Whisper rapped Italian vocals happily skipping atop a Balearic pop belter.