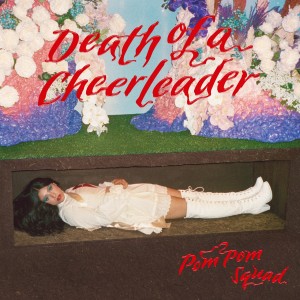 City Slang is thrilled to welcome Pom Pom Squad into the City Slang family. The way Mia can nod to her influences, be they of the iconic 60’s girl group, characters from a John Waters film, or cutting edge fashion from today, while simultaneously spinning a beautiful and original story in her songs, is absolutely thrilling. This is the kind of record that makes you not only excited to see what you can do with an artist in a post-pandemic future, but also how you can build their career in the present circumstances. We cannot wait for you to hear this record in its entirety!

Produced by Sarah Tudzin of Illuminati Hotties and co-produced by Berrin herself, it’s a record that plays out like an exorcism in front of your bathroom mirror -- confronting the dark we’ve had planted within us and then ripping it out, all while watching every second of it. It’s vulnerable yet triumphant, deliciously irreverent & inviting yet sneering in the faces of those that had once tried to define her. First single “Lux” was unanimously praised by press including Stereogum who called it “a serrated blast of noise in which Berrin takes someone to task with glee” and The Fader who said “come for the scrappy punk reimagining of The Virgin Suicides, stay for Pom Pom Squad's galvanizing treatise on feminine awakening in a world that would rather keep your eyes shut.”

Mia Berrin spent her childhood trying to find where she fit right in the world, looking to the pop culture icons on TV in hopes of finding an image she connected to. She connected with the films of John Waters and David Lynch, loved the dark campiness found in Heathers, was in awe of the power of women like Courtney Love and Kathleen Hanna. Growing up as a female of color who would later in her life unearth and embrace her queerness, discussing and reconciling who she is with the perception of who people think she should be, has become a lifelong mission for Mia.