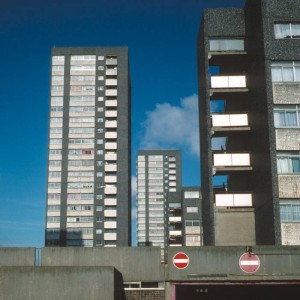 Anthoney Hart returns with his second Basic Rhythm album for Planet Mu. 'Electronic Labyrinth' is a maturing of his sound that draws a line under his work as Basic Rhythm thus far. The title itself conveys the overarching theme of the album, evoking the journey through a musical labyrinth that Hart has undertaken over the last 30 years or so, following a path through to the centre where these disparate strands have coalesced and solidified into a coherent whole.

The underlying themes are of a more personal nature, intimated by the cover photo of St Fabian Tower where Hart first joined the now infamous Rude FM in the late 90s, the sometimes misleading directness of the track titles, as well as explicit references to books such as Wilson Harris’ Palace of the Peacocks, the ontological promiscuity of Harris’ writing mirrored here in Hart's own musical endeavours. What you end up with is an album that not only draws upon a wide range of influences from both the musical and literary worlds, intertwining them within a deeply personal context that imbues the music with a depth of meaning, but that is also somehow more coherent despite such a wide range of references and hidden meanings. It is at once both an album of subtexts open to interpretation, and a cohesive whole that fits together perfectly