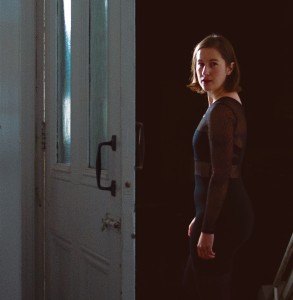 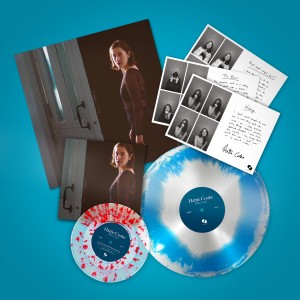 “It's about the in-between moments.” - Hattie Cooke “Bliss Land” is the new LP from Brighton born artist Hattie Cooke. Her third album and debut release for Castles In Space opens up her sound by managing to find a balance between the introspective and the communal. It is an album that looks forward whilst acknowledging the creators past creating a work full of a nostalgia that also feels vitally current. Initially conceived as a soundtrack album, during its creation, “Bliss Land” morphed into a beautiful set of personal songs born out of anticipation, excitement and anxiety.

Speaking about the themes of the albums, Hattie says: "It wasn’t until the album was finished that I realised what it was about. I had recently graduated from university and people were beginning to take more notice of my music. I was excited about the possibilities of the future, but at the same time the immediate future had been put on hold due to the pandemic, so I was frustrated and anxious. And then whenever I think about the future, I can’t help but think about the past and where I’ve come from and what I’ve been through to get to that point. So in some ways it’s a reflective record and in other ways it’s a record full of anticipation. “One Foot Out The Door” is a track that really resonates with me - it’s about that liminal space between the past and the future when you’re on the threshold of something. I think that’s what the album is about, it’s about the in-between moments. "I grew up on a small council estate on the outskirts of Brighton in a house that was full of music. Both my parents played guitar and my dad also bought and sold records for a living. I taught myself the guitar when I was twelve and made plenty of music throughout my teens. At 17, I won a scholarship to study at the British Institute Of Modern Music and continued writing and playing local shows. I also started to learn how to record and produce my own music on GarageBand as a necessary alternative to going into an expensive recording studio. GarageBand has some fantastic synth and electronic drum sounds and that’s when I became more interested in electronic music and music production. In 2015, Third Kind Records approached me after hearing my songs on a homemade demo CD that a friend had passed on. We released my debut album in 2016 and I’ve been making and releasing music ever since.”

Hattie writes, records and produces all her own albums, however she is keen to express how others have helped shaped parts of Bliss Land: “The record isn’t a completely solo effort, I had people along the way to help shape this album into what it became, although I had complete artistic freedom to let the album grow into what it wanted to be. I had invaluable help from Dom Keen who helped me mix the album. We spent a good number of nights in his studio drinking gin and trying to get everything just right. He did things to the music that I would never have even considered doing. I had no idea what compression really was until the making of this record, which probably sounds mad considering I’ve produced three records but when you’re self-taught you can miss out learning about so much! Antony Ryan’s mastering added a whole new dimension to the record as well.”

“Bliss Land” is an album soaked in the outer edges of pop music making it a cohesive and beautiful album full of dense textures held together by Hattie's unique voice. It’s an album that will undoubtedly chime with a cross section of audiences. So where does Hattie see her music in the landscape of the current UK electronic scene? "There’s a lot of instrumental/soundtrack music coming out of the scene, a lot of synthwave music which seems to be a real throwback to the 70s and early 80s. I think that’s because so much of the music coming out of the scene is made by those who grew up during those decades. So I think I’m a bit of an outlier when it comes to the UK electronic scene for two reasons. Firstly, I’m at the lower end of the age range and secondly, I’m a woman in an extremely male dominated scene. “Bliss Land” is intentionally quite poppy, which seems to be less in fashion at the moment whereas my other instrumental stuff is more inspired by classical music than by IDM or ambient music, so I think I’m coming at writing and producing from a slightly different angle. However, I still definitely feel part of the scene. There’s a particularly strong sense of community within the UK electronic scene on Twitter and I’ve been nothing but welcomed and supported by the artists, fans and labels. It’s like being part of a strange and wonderful family.”

You’ve made a video for the track “Youth” with Chris Standley from Rogue Robot which is both funny and shot through with real melancholy. “Youth" is about reflecting on the past. I turned thirty this year and sometimes (more than I'd like to admit) I worry that I've gotten more boring as I've gotten older. I was pretty wild and unhinged when I was younger and sometimes I miss those mad nights out where it felt like absolutely anything could happen - although saying that I just don't have the energy to stay up for three days or the stomach to cope with the hangovers anymore. Still, there are days when I miss the way that everything feels new and exciting when you're in your late teens/early twenties - everything is more intense when you're younger and the world around you seems bright and buzzing with life. I've been thinking about it a lot this past year. I've not had much to do for the last twelve months besides walk around on my own and reflect on the past, since the future has basically been put on indefinite hold, so that has almost certainly fed into some of the lyrics and maybe even the feel of the music.”

The album is already garnering a lot of attention and praise. What’s next for Hattie after the album is released? "Who knows what’s next! I have plans to tour the album when the world opens up again. I’d also love to have the chance to score a film or to work with some other artists doing guest vocals or some remixes. And I’d like to get back to doing some music-related charity work again as my family were supported by a number of charities when I was growing up and think it’s important to give back when you can."

Barry says: Having formed one of the most enduringly superb 'pseud-ost' releases of the past few years in 'The Sleepers' for the excellent Spun Out Sounds, Cooke hits electronic stalwarts Castles In Space for her excellent new LP 'Bliss Land'. Brilliantly toeing the line between electronic and acoustic, there are moments of pure Broadcast-y bliss and echoes of the soundtrack moments from the previous LP too. Do not sleep on this one.

Dinked Edition Bonus 7”
1. One Foot Out The Door (Acoustic Version)
2. Above My Bed