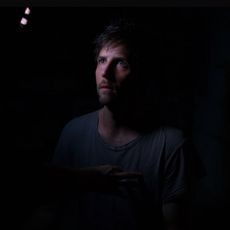 Almost entirely acoustic, ‘Island’ begins with 13 darkened chords and was recorded live at Abbey Road Studios with the London Contemporary Orchestra. The introduction is the sound of waking up alone and on the shore of a strange land. What follows is a shimmering and luscious orchestral album that draws across the full breadth of Pallett’s discography, from ‘Heartland’’s Technicolor to the glittering, fingerpicked guitar that marked Pallett’s first records with their trio, Les Mouches.

Since the release of ‘In Conflict’ (2014), Pallett has earned an Oscar nomination for their film scoring work on Spike Jonze’s ‘Her’ and an Emmy for Sølve Sundsbø’s ‘Fourteen Actors Acting’. Their score for Matt Wolf’s ‘Spaceship Earth’, a documentary about a crew who spent two years quarantined inside a replica of Earth’s ecosystem called BIOSPHERE 2, is out now.

Nap EyesSnapshot Of A Beginner