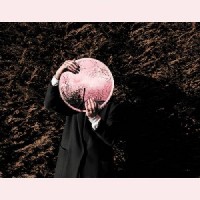 Based in Birmingham, Hoopla Blue have shared the stage with the likes of Mac DeMarco, The Flaming Lips, Algiers, Public Service Broadcasting, Let's Eat Grandma, Lowly, Mothers, Blaenavon and Wolf Alice. The band have previously collaborated with BBC Two's Springwatch to soundtrack a segment and in 2019 their remix 'Mauveine C' premiered at Flatpack Film Festival and was released via Static Caravan Records (Tuung, Hannah Peel).

Barry says: Encompassing aspects of math-rock shoegaze and post-rock while remaining firmly outside all of them, beautifully produced and written arty rock like this is a tonic for the soul. Lovely stuff.