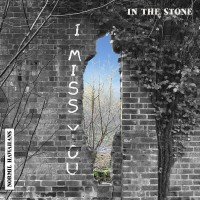 First new music from the renowned post-punk group Normil Hawaiians since 1985.
A pressing of 500 copies only for the world.

When Upset The Rhythm released Normil Hawaiians’ lost album ‘Return Of The Ranters’ back in 2015, the band members got back in touch with each other after a 30 year break and starting playing music together again. Out of this the group played a launch show for the album and followed that up with more concerts, including an appearance at Supernormal, a residency at the Edinburgh Festival, gigs at Cafe OTO and supporting Richard Dawson in London too. They even recently toured Greece in support of having all three of their renowned exploratory post-punk albums finally back in print.

Throughout this time, Normil Hawaiians revisited their original songs for these live performances. However for a group always so interested in evolving their sound and seeking nuance, it comes as no surprise that they shirked the idea of a faithful retread of old material in favour of reimagining their songs. The group experimented by pushing their songs into new inventive dimensions, still progressive at heart, but now imbued with a cosmic uncanny. A cinematic, even pastoral approach that was always quietly present has come to the fore. The quaint weirdness of folk song, the humanity of communal practice and the group’s ecological mindedness have all found a place in Normil Hawaiians’ current sound world. With this conducive atmosphere brewing, the band’s first new songs in decades started to emerge.

Being far-flung across the UK, the Family Hawaii encamped to Tayinloan, a small village on the west coast of the Kintyre peninsula in Scotland with the intention of recording new music. They set up their own studio in an isolated, windswept house overlooking the sea and started the tape rolling. Noel Blanden from the band explains how the spirit of the location was such an inspiration to the group during this initial recording session: “Our time immersed in the place and the unique energy it generated in us allowed us to write ‘In The Stone’. It goes right back to our first album, this need to document experience before it passes over and eludes us. We were grabbing at the musical ether and letting it shape itself through the band.” From loose, improvised sessions and reflective periods of listening in Tayinloan, Normil Hawaiians captured the moment. ‘In The Stone’ is a motorik thrill of distorted guitars, locked rhythms and morphic resonance. Guy Smith is joined by Zinta Egle on vocals, skilfully sharing lyrics informed by Alan Garner and Nigel Kneale’s ideas around recurring events being linked to place and historical artefact; a kind of residual haunting known as ‘Stone Tape’ theory. In keeping with the context of the song, sounds from several previous live recordings of the track were woven into its present being. Flipside ‘Where is Living?’ is a decidedly more delicate affair of questioning lyrics and eerie traces, droning strings and impressions smudged. This resultant 7” is a tantalising glimpse of Normil Hawaiians now, an echo from the past, an echo from the future.