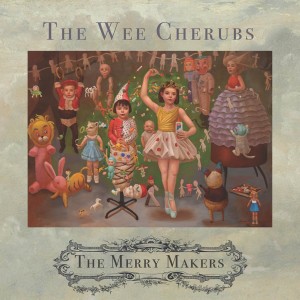 Before The Bachelor Pad, there was The Wee Cherubs.
A collection of lost recordings made in Glasgow between 1982 & 1985. Restored and remastered especially for this release.

Formed in 1982 by Martin Cotter, Christine Gibson and Graham Adam & part of the Glasgow indie scene of the early 80’s.

The Wee Cherubs only released one single. The recently reissued Dreaming, (which is included in this set) before calling it a day in 1985. Their range of influences are on show here, and although some tracks are redolent of Orange Juice and Aztec Camera there is no definitive Wee Cherubs sound, which makes this collection an exciting and rewarding discovery

Cotter went on to The Bachelor Pad a psyche fuelled head on collision between The Buzzcocks & Syd Barrett.