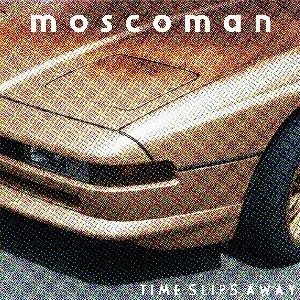 Dancers can always be sure of one thing with Chen Moscovici – a.k.a. Moscoman – a certain unpredictability and energy will always define the music he serves up. As well as having a background in indie and rock, he plays house, acid, techno, dark disco, synth, all from a more alternative angle. For that reason, he is a regular at wide-ranging but iconic places like Space in Miami, Berghain’s Panorama Bar, Glastonbury and Pacha Ibiza.

In the studio Moscoman has always switched up from one release to the next: raw and rugged machine disco, melodic techno and wonky house on past record labels Because, Life And Death, Greco-Roman/City Slang and his own label Disco Halal. Time Slips Away shows Moscoman stay true to his roots, while exploring new sonic textures with more direct themes. The forthcoming LP also sees him collaborate with artists Tom Teleman, Vanity Fairy, Wooze, Niki KiniandNuphar.

Moscoman says of the album: “The best way to describe the album overall is a feeling of ‘happy sad’. It’s inspired by the highs and lows of my touring life–the amazing gigs, the shitty ones, the opportunity to see the world vs the crazy traveling schedules and lack of sleep.”

Next to all this, Moscoman continues to focus on building his Disco Halal label. It is a place where artists like Simple Symmetry, Red Axes, Trikk and Auntie Flo have all freely expressed themselves. Like Moscoman's own approach to music, it is an unrestricted label that never fails to subvert and surprise.