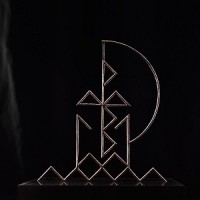 There’s the glittering list of collaborations that includes Patti Smith, Brian Eno and David Byrne, the trailblazing (post-) jazz strangeness of Polar Bear, the drumming and producing for Sons of Kemet, of which he was a founding member, the film soundtrack work (on Chris Morris’s latest, among others) and, as we move into the new decade, there’s ... well, what is this exactly? How many Seb Rochfords are there? From the off, it sounds unlike anything the Scotsborn, London-based, desert-loving drummer of Anglo-Indian and English/Irish heritage has done before. Gone are the quizzical, music-hall-at-the-end-of-the-world stylings of Polar Bear, to be replaced by a soundtrack of the mind that is, by turns, sublime, stately and provocative.

Forget type, genre or influence: this is the start of a brand-new trip by one of the most questing musicians at work anywhere. But let’s take refuge in facts for a moment: Rose Golden Doorwayswas recorded in The Old Church in Stoke Newington, London and features, in addition to Rochford, Polar Bear comrade Pete Wareham on saxophone and Neil Charles (Zed-U, Empirical)on bass guitar. Even with the help of the church, you’ll wonder how the three of them managed to make the sound they do, especially when you learn that the album is a series of live takes, with no added studio woo