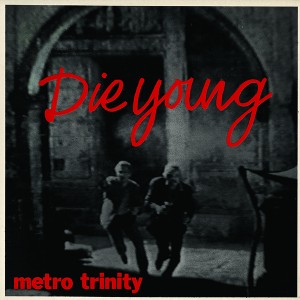 The Die Young EP was released on the group’s own Cafeteria label, released early 1987. Michael Fury was inspired by James Joyce’s short story The Dead. Only previously available on a 4 track12” .This 7” version comprises 3 of those 4 tracks.

Andy Williams of Doves joined the band later on, but does not feature on this EP. The band split up shortly after.