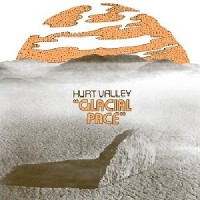 During a trip to Death Valley, California in 2010, two friends decided to drive an old Saturn station wagon down a four wheel drive road into the wilderness. After a few hours of driving through the canyons, ever so slowly so not to bottom out the car, they came upon a clearing. It was filled with burned out vehicle carcasses and double wide trailers that had all been shot at, set on fire, vandalized, and finally left to become relics of the desert. It was surreal in the sunset of painted rocks and dead silence. Upon returning home to an A-frame house in Sugarloaf California, Brian Collins started Hurt Valley as a recording project. Many ideas and songs were fleshed out next to a wood burning stove and firelight. Fast forward a few more years, and with a relocation to Los Angeles in 2014, Hurt Valley became a routinely worked on project. What happened next, along with the comings and goings of many different friends and neighbors, was the recording of a series of songs over the course of a few years. Days, nights and weekends, and anytime in between, songs were crafted and recorded in a living room, in an apartment, in Los Angeles. This is what would become Glacial Pace, an album that is part memoir, part dream, part feeling—good, bad, and in between