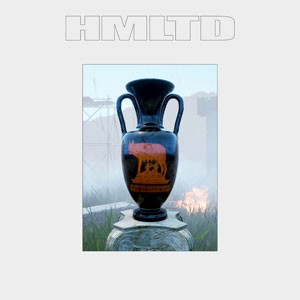 London based five-piece HMLTD release their long-awaited debut album, West of Eden. The expansive, labyrinthine debut has been several years in the making, a daring collection of songs created to incite conversation about proposed new visions of masculinity, the decadence of western capitalism and the violence of insecurity and repression. Across its 15 tracks, the band’s artistic vision is realised in full technicolour, with all shades of their sonic palette used to create an album that is equal parts lush and abrasive.

Barry says: A political tour-de-force of skittering percussion, fuzzy guitars and dubby club aesthetics, all imbued with a snarling, punky lilt. A wildly varied, but perfectly curated melting pot of influences from HMLTD.