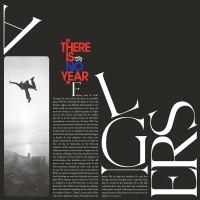 Algiers return in 2020 with their third album 'There Is No Year', which will be released January 17th on Matador Records. 'There is No Year' solidifies and expands upon the doom-laden soul of their foundation, toward an even more epic, genre-reformatting sound, one somehow suspended in the amber of “a different era,” as described by guitarist Lee Tesche.

Barry says: Shouty melancholic rockers Algiers bring us all the feels on their newest outing, 'There Is No Year'. Clearly influenced by the torrid political climes, this rousing and hearty romp is as meaningful as is effecting, a brilliantly written call to arms.