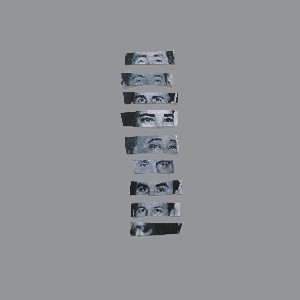 In the two years since the release of his critically acclaimed album "Love Songs: Part Two", Romare, real name Archie Fairhurst, has spent his time almost solely on the road. Playing over 150 shows across the world, including stops at Berghain / Panorama Bar, Primavera Sound, All Points East, Dimensions, III Points, Printworks and The Warehouse Project. He joined both Bonobo and Nightmares On Wax on their US tours, playing iconic venues like Terminal 5 and Output in New York and Smart Bar in Chicago, has played shows across India and Australia, and held two sold-out London residences, first at Phonox and most recently at the Jazz Cafe.

Recorded over the same period, in which he also acquired an electric organ and built a new recording studio, the two tracks, "Gone" & "Danger" represent his most intentional and direct nod to the dancefloor to date. The titular A-side, with its menacing bassline and soaring piano stabs was named after a vocal snippet since removed from the track. The B-side "Danger" was imagined as an alternative to "Gone", with both tracks being recorded 'whilst watching the seasons change from winter to summer in the new studio set up in the garden'.

Romare's finely crafted house tapestries have appealed to everyone here at Piccadilly since his first forays on Ninja Tune. Intricate yet unimposing, his detailed collages nod to hip-hop and downbeat whilst working intrinsically within house music's wide cannon.

Matt says: Romare's deft and gentle hand strikes again. The UK's answer to Moodymann? Maybe not but there's parallels as to how they both manipulate sound. Sometimes less is more, and Romare demonstrates this perfectly.