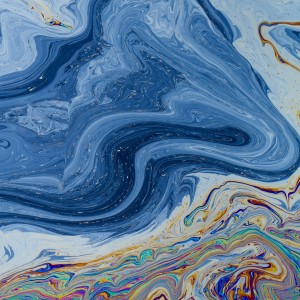 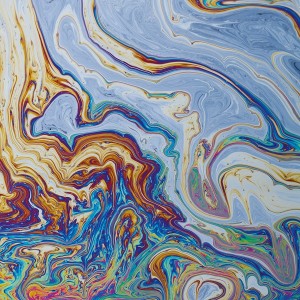 We've come an awful long way since Floating Points' first utterances entered our stratosphere. That opening trio of twelves ("J&W Beat", "Love Me Like This" and "Vacuum Boogie") immediately caught the attention of us and our customers and we've been hooked on this cat throughout the last ten years.

Whereas the incredible "Elaenia" (2015) was a five-year process, "Crush" was made during an intense five-week period, inspired by the invigorating improvisation of his shows supporting The xx in 2017. He had just finished touring with his own live ensemble, culminating in a Coachella appearance, when he suddenly became a one-man band, just him and his trusty Buchla opening up for half an hour every night. He thought what he’d come out with would 'be really melodic and slow-building' to suit the mood of the headliners, but what he ended up playing was 'some of the most obtuse and aggressive music I've ever made, in front of 20,000 people every night,' he says. 'It was liberating.'

Fundamentally, this is still stylistically a Floating Points record. Classically informed pieces drift into focus without beats, only to dissolve into a mist of modular-generated textures. There's some speaker-tested mainroom techno moments, namely the lead single "LesAlpx" which concludes side A's meticulously programmed schedule with a moment of undiluted dancefloor energy. Fans of his jazz-flecked house will find tracks like "Last Bloom" and "Anasickmodular" a joy to behold; possessing that idiosyncratic shuffle and swing that instantly characterize an FP production. "Bias" opens side B with a unfathomably futuristic, attitude-ridden bass monster until Sam unexpectedly flips into his patented, cerebral jazz-house hybrid. Don't get me wrong though, he's not resting on his laurels in any way. His New Sounds bite and spit, as he seems to harness extraordinary levels of intricacy and power from his trusty Buchla synthesizer and his much lusted-after Arp Odyssey. More refined, more evolved, deeper, richer - but the same Floating Points - sound up your tree? It should be.

Matt says: The Chetham's graduate has been a permanent fixture on our shelves for the last decade. 'Crush' embodies everything we love about him across a succinct and direct two sides. Drifting through a highly musical sanctum, we get expressions on modular and synth informed, and indeed elevated, by Sam's well documented and rich musical education.

Side A:
Falaise
Last Bloom
Anasickmodular
Requiem For CS70 And Strings
Karakul
LesAlpx