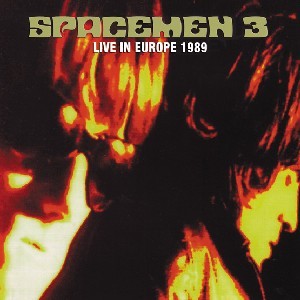 Recorded over four nights in Germany during what turned out to be Spacemen 3's final tour, ‘Live in Europe 1989’ is far better than the more ragged earlier Spacemen 3 live album, 1988's ‘Performance’. The album's also notable for documenting the group's short-lived quartet line-up, with bassist Willie Carruthers and drummer Jon Mattock. Despite the change in rhythm sections, the focus is, as always, on guitarists Pete Kember and Jason Pierce, who by this point in the group's career aren't even pretending to be interested in standard verse-chorus-verse structure. Rather surprisingly, only one of the 13 tracks; a 16-minute take on Playing With Fire's centre-piece track ‘Suicide’ breaks the ten-minute barrier that was so often smashed through on the group's studio recordings, but there's still an epic, expansive feel to these loose, perfectly ragged performances. Although newcomers are advised to start with Playing with Fire or Recurring, Live in Europe 1989 is essential for fans.