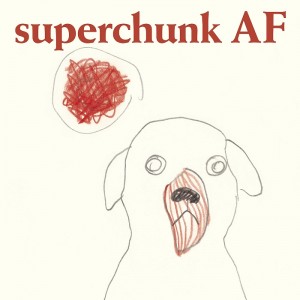 From Mac McCaughan: Our original idea for an all-acoustic album was for it to be a selection of songs from all our albums, played in the style of an acoustic performance in a record store or a radio station, which we have done quite a bit of over the years (and documented on the first of our “Clambake” series in 2001). But with 2019 being the 25th anniversary of the Foolish album, it seemed weirder and more interesting to record an acoustic version of one whole album. I didn’t want this to sound like “acoustic demos recorded 25 years after the fact” or a band trying to “rock out” except on acoustic guitars, though to be fair we do some rocking out. Once we got into the process of learning how to play the songs on acoustic guitars—some of which we had never performed at all—it made sense to make this record its own thing altogether. When Foolish came out, people kind of freaked out that all the guitar sounds weren’t as distorted as they had been, and it was treated as a radical departure from what we had been doing. Which is funny listening to the original album now because it pretty much sounds like our other records. But I started thinking about the acoustic version of the album as “what Foolish would have sounded like if it were as different as people acted like it was.” So—we have guests, we have strings, we have piano, we have a saxophone! The songs themselves, extracted from the drama of the moment and what people wanted to write about then, are more applicable to Real Life than I thought they would be. Without the embarrassing angst of the 25-year-old, they are just songs about transitions, holding grudges or trying not to, letting go of things that aren’t healthy, moving through difficult situations and relationships and trying to be “normal” in the course of all that, even though there’s no such thing. We are lucky to have Allison Crutchfield, Matt Douglas, Peter Holsapple, Owen Pallett, and Jenn Wasner lend their great talents to the record and also lucky that Jon has an arsenal of small bells and a vibraslap.

Acoustic Foolish recorded live by John Plymale at Overdub Lane Strings by Owen Pallett on “Like a Fool” & “In a Stage Whisper”. Guest vocals by Allison Crutchfield (of P.S. Eliot, Swearin’) on “The First Part” Guest vocals by Jenn Wasner (Wye Oak, Flock of Dimes) on “Keeping Track” Piano by Peter Holsapple (of the dB’s) on “Stretched Out” & “Driveway to Driveway” Saxophone by Matt Douglas (of the Mountain Goats) on “Saving My Ticket” and “In a Stage Whisper”.