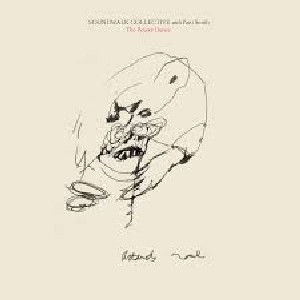 The Peyote Dance’ is the first in a triptych of albums to be released by Bella Union over the next year titled ‘The Perfect Vision’, which take their inspiration from the writings of three emblematic French poets: Antonin Artaud, Arthur Rimbaud and René Daumal and their necessity to travel to different lands to acquire a new vision and perspective on themselves and artworks. Perhaps a perfect vision, it is one that allowed them to transcend forms and borders, both physical and mental.

Recorded in the Sierra Tarahumara of Mexico, Abyssinian valley of Ethiopia and Himalayan Summit of India respectively, the central idea is that each landscape holds sleeping memories that are the witness of human passage. Each album retraces the poets’ footsteps, channelled through on-location recorded soundscapes and musicalities, with Patti Smith revisiting the words that have been inspired by the landscapes.

The triptych marks a new chapter in the collaboration between Soundwalk Collective and Patti Smith, who first worked together on ‘Killer Road’ in 2016.

‘The Peyote Dance’ focuses on a brief part of Artaud’s life, when he travelled to Mexico City in early 1936 to deliver a series of lectures at the University of Mexico on topics including Surrealism, Marxism and theatre. In the summer, he travelled by train towards the Chihuahua region and by horse to the Tarahumara mountains with the help of a mestizo guide, which the album’s opening track, recited by Gael Garcia Bernal, evokes. Artaud was drawn to the story of the Rarámuri: Native Indian people who live in the Norogachi region of Mexico’s Copper Canyon, the Sierra Tarahumara. One of Artaud’s goals was to find a peyote shaman who could heal him; allowing him to recover from an opioid addiction.

During his stay, encountering the Rarámuri Indians and peyote shamans of Tarahumara and engaging in ceremonies, Artaud had a transcendental experience which resulted in the book ‘The Peyote Dance’. For the eponymous album, Soundwalk Collective and Patti Smith revisited writings from the book and other texts written after Artaud’s return to France, where he remained in a mental asylum in Rodez undergoing electric shock therapy. During this dark period, the encounter with the Rarámuri stayed with him as his last significant, happy experience. The final track on the album is a poem written by Patti Smith in homage to Artaud’s last hours in Ivry.