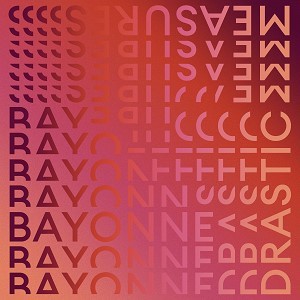 Each song on Bayonne’s Drastic Measures is orchestral in texture, unfolding in countless layers and kaleidoscopic tones. With great intensity of detail, the Austin-based artist otherwise known as Roger Sellers deepens that sonic complexity by weaving in elegantly warped samples of the field recordings he’s gathered for over a decade. But in its powerful melodies and pristine arrangements, Drastic Measures ultimately bears a pure pop lucidity even in its most grandiose moments.

Roger Sellers is a lot of things. He’s a minimalist composer with a knack for making hypnotic, enveloping songs from a few repeated musical phrases. He’s a gifted musician who is mostly self-taught, having abandoned formal study because it was draining the life from his work. He’s a self-described disciple of Phil Collins. What he is not, however -- despite multiple press reports to the contrary - is a DJ.