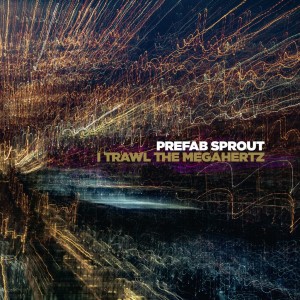 Conceived and recorded after Paddy was diagnosed with a medical condition that seriously affected his vision, the album is a testament to the healing power of music.

Remastered and complete with new artwork and liner notes from Paddy himself.

David says: The year is 1999 and Prefab Sprout main man, Paddy McAloon, finds himself nearly blind after surgery to reattach his retinas. Unable to either write songs or read, he spends his time listening to short-wave radio, recording snippets from the phone-ins and documentaries that will engender ‘I Trawl The Megahertz’.
When it came out in 2003 Paddy, now fully recovered, had decided it was too personal a piece of work to be released under the Prefab Sprout moniker. Worried that an audience expecting a follow up to ‘Cars And Girls’ might be a little nonplussed by his new direction, it appeared as a solo album. Like cotton in a blizzard the record scattered into the ether and was, for the most part, largely forgotten.
Not only is ‘I Trawl The Megahertz’ entirely unlike anything recorded by Prefab Sprout, it’s unlike anything recorded in pop. The record’s otherworldly mixture of samples and soaring, Debussy inspired classical interludes has more in common with one of those epic, old Hollywood films that you’d watch for hours on a rainy Sunday afternoon than anything you might hear on the radio, either then or now.

Prefab SproutA Life Of Surprises : The Best Of