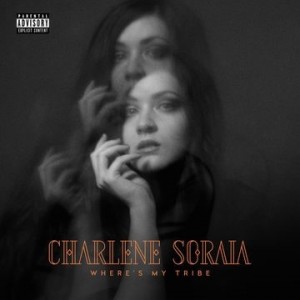 One voice. One guitar. Ten killer songs. Recorded by the artist alone in her South London flat - with no edits, no autotune and mostly in one take - Where’s My Tribe is an album of raw and simple beauty. With song titles such as Beautiful People, Tragic Youth and Now You Are With Her, Where’s My Tribe lays bear the loneliness that lurks at the empty heart of our super-connected world, chasing friends and dragons - real and illusory - down the virtual rabbit hole. Recorded in one take at 3am, Temptation channels the exquisite torture of an illicit affair resisted, but only just. With Tragic Youth, ghosts of the past are exorcised and consigned to history - eased on their way by a voice that glides like quicksilver over an intricate tapestry of guitar rhythms. While Beautiful People reads like an outsider’s protest to the selfie generation, Far Beyond the High Street portrays a house “split into four separate homes” and Now You Are With Her is a song of heartache and longing to compete with the very best. As demonstrated by her accidental worldwide hit Wherever You Will Go, Charlene Soraia is possessed of a voice that can melt hearts. Where’s My Tribe serves as a powerful reminder that she is also a guitarist of virtuosic skill and songwriter of rare talent. Universal yet intensely personal, this is a record of our time and forever that will resonate with the lonely soul inside us all. For the visuals Charlene Soraia collaborated with The Rest, the award-winning Northampton based filmmaking duo renowned for their naturalistic takes on British youth culture (Kojey Radical, Slowthai).

The resulting 12-minute short Tribe - and the music videos cut from it for Where’s My Tribe, Tragic Youth and Now You Are With Her - respond to themes that weave through the music with a delicately nuanced portrayal of a group of friends gathering for a weekend of gaming, drink and shrooms - familiar and ultimately anti- climactic diversions from the unsettling anxieties that lurk just below the surface. A pervasive sense of isolation is nailed by one friend’s amused call-out to his mates variously texting or playing virtual football, faces lit by the glow of their smartphones; “So, who wants a chat? ... what’s happening in the living room??” Individual stories are subtly suggested in this understated portrayal of late teenage life, caught between adolescence and adulthood, hesitating between staying put and cutting loose. As Soraia’s vocal to Tragic Youth (live performance) suggests, “soon you will be called"..