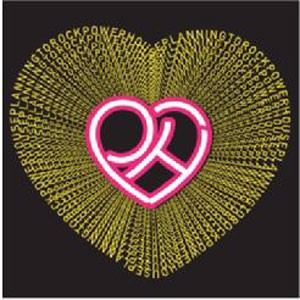 After four years, Berlin-via-Bolton dance producer Planningtorock, aka Jam Rostron, returns to DFA with "Powerhouse". The album is a personal reflection, told via an avant-pop musical narrative that serves as a path to making peace with their family, hometown, and the ever-changing nature of identity. Written and recorded across Berlin, London, New York and Los Angeles,  ‘Powerhouse’ comes couched in the precision-tooled synths that have become Rostron’s signature, though critics and fans will hear a subtle, ear worm-y shift in style here: from the Noughties US R&B swagger of ‘Transome’ and the bubbling old school 90s house of ‘Beulah Loves Dancing’ and ‘Non Binary Femme’, to the funky, flute-laced ‘Much To Touch’ (the only track on ‘Powerhouse’ to feature a co-producer, long-time friend and collaborator Olof Dreijer of The Knife). Ultimately, ‘Powerhouse’ is a celebration of liberation, a groove-filled record that sees Rostron consolidating power both personal and artistic.