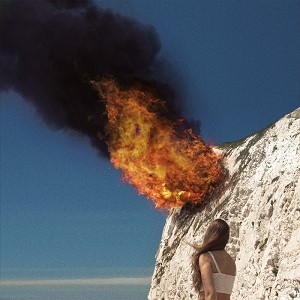 "A Louder Silence" is the London-based producer and multi-instrumentalist’s first proper release; his two earlier singles feature on the record, after gaining support from Gilles Peterson’s Worldwide FM with a live airing and interview in 2017, plus continued backing from XLR8R, Stamp the Wax, and BBC Radio 6 Music DJ’s.

The album is both spacious and thought-provoking, energetic yet restrained, brimming with nuanced electronic instrumentals, dubby synths, and jazz breaks - creating an array of rich textures, complemented occasionally by James’ own soulful vocals.

While James’ early unreleased work was singularly electronic, "A Louder Silence" focuses on analog synths and warm acoustic instruments, all played by his own hand. It’s the product of a two-year spell in James’ home studio, with additional live drums recorded with Jim Macrae at London’s Old Paradise Audio.

James’ rich musical influences are laced through the release. Encouraged by his mother, a classically trained pianist, he learned to play the cello and developed a deep understanding of rhythm and melody that informs his approach to writing electronic music. James plays the piano he grew up listening to in “Mumma Don’t Tell” and samples an indefinable percussive element to drive forward “Suns Of Gold.” “Night and Day” sees cello plucks and long melodic strokes interlink with a grooving synth line. He also field records the atmospheric Moroccan sea in “Red Sea.” Inspiration stems from the experimentation of modern day electronic producers, fused with the Jazz, Classical, Blues, and Soul music that soundtracked his youth.

Central to the album is the idea of space. James recalls the early advice of his uncle, a jazz guitarist, who features on “Uncle Blue”:'I remember him saying to me: 'What goes in comes out' James says. 'Every detail should be a worthy detail; sometimes nothing is better than something.' Moments of blissful, structured intensity are juxtaposed with stillness and near silence -dark and light; loud and quiet. This also forms the foundation for the album title: "A Louder Silence" reflects the dichotomy of finding pockets of stillness in a noisy world.