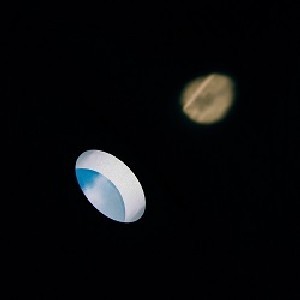 Emmy award-winning composer Michael Price releases Tender Symmetry, his second album with Erased Tapes. The ambitious musical project takes in a series of iconic National Trust locations across England as its inspiration, turning them into unlikely recording spaces. Michael and a host of musicians and collaborators — including soprano Grace Davidson (featured on Max Richter’s Sleep) and Shards (the choir on Nils Frahm’s All Melody) — travelled across the country in pursuit of places far removed from the traditional recording studio to create seven unique and moving pieces, straddling the past and the future.

The diversity of Michael Price’s choices ranges from the ruins of Fountains Abbey in Yorkshire to the Fan Bay WWII shelter, cut deep into the chalk cliffs of Dover. All owned by the National Trust save one, each venue became both the inspiration and the recording studio for Michael Price and his accompaniment of renowned musical ensembles, choirs and soloists.

"For Tender Symmetry, I stopped admiring and started participating in these buildings. This began as an exploration of writing and recording out in the world beyond the studio. I am interested in where we build our homes in an increasingly virtual world and the spirit of place we feel as we walk our local streets, our schools, temples and public spaces. Taking inspiration from a place, and the stories it told, then going back to that place to record, sometimes in less than ideal conditions, made the two-year adventure much more like shooting a film than making a record.” — Michael Price

Acoustics varied wildly as the artists moved from places designed with sound in mind to locations which demanded the use of miners’ helmets for light and battery-powered sound gear. The final recordings carry the genuinely unique sonic blueprints and spirit of each place – from the birdsong in the courtyard at Speke Hall to the steam-driven cotton mill accompaniment at Quarry Bank. “When we recorded the piece at Fan Bay in the World War II shelter deep inside the chalk cliffs of Dover, Peter Gregson’s cello wasn’t at all happy with the clammy, dank conditions; but to be in the tunnels where young soldiers spent months on end, constantly on alert for incoming bombers, gave the recording an extraordinarily intimate, moving quality. At each site, the human mixed with the historical, and the natural environment of each space comes through with each piece. I tried to leave an imprint of each location on the record.”

While each piece of music is named after the location in which it was created, William Blake’s Songs of Innocence and Experience courses through them as well. Soprano Grace Davidson sings Blake’s poignant words about nature, religion and the industrial revolution on several of the pieces including the astoundingly beautiful album closer Shade Of Dreams, written after the birth of Michael’s daughter. “The final piece, Shade of Dreams, is part of a group of pieces I wrote for the birth of our daughter, Emilie. It, like all the works on the album, takes its text from William Blake’s Songs of Innocence and Experience, in this case, A Cradle Song. As much as Tender Symmetry is about the past, it is firmly about the future, and all our of shared futures.”

Grace Davies, National Trust contemporary arts programme manager said:
“We were delighted when Michael approached us with this project as it directly draws on the extraordinary stories and history of these special places. The sheer variety of sites that Michael has chosen has resulted in a collection of new music that is sometimes surprising, sometimes poignant, and – above all – inspirational. I am sure that audiences will be enchanted both by Michael’s music and our places that have inspired him.”

Barry says: Holding all the beauty of his inspirations' natural environments and brittle balance of ecological equilibrium within his pieces, Price fills the sonic room with delicate but grand strings, crystalline vocals and a breathtaking sense of organic space. Majestic and breathtaking, but imbued with a nerve-racking transience and innate delicacy.