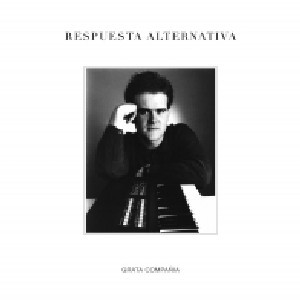 Respuesta Alternativa or the Alternative Response was the project of Spanish musician Jesus Mª Catalan, created with the help of Julián C. Pérez. As the title implies the music was generated in response to traditional music notions of the time, and reflects how Jesus Mª Catalan would challenge these traditional ideals using a fusion of styles and his unique vision. Jesus laid out his synths and drum machines, while other musicians played traditional instruments over the top. This unique approach worked to create atmospheric tracks capturing simple themes, with each influence being carefully thought of in the joint result. As he explains “each instrument weaves independently throughout a passage in a curious game where the listener’s attention goes from focusing on a keyboard, guitar to bass or percussion. Previously only released on a cassette album in Spain, Left Ear have polished 5 choice cuts for a 2018 12”.

Patrick says: When I played this to Barry, he's wide eyed response was only to smile wildly and say..."Balearic". Well, my esteemed colleague was quite correct, this is in fact as Balearic as sharing a cocktail with Moonboots while Jason Boardman soundtracks the sunset.