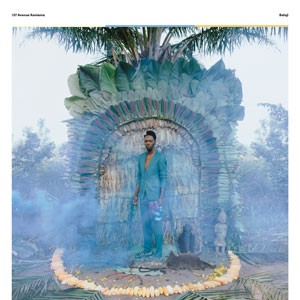 Bella Union warmly introduce us to their latest star signing, Belgian MC, producer and musician Baloji. His music stands at the crossroads of African music, traditional and afro-american music (soul, funk, jazz) discovered through the culture of sampling and electronic music (trance, deep house) which has its roots in part in the region of Belgium where Baloji grew up. Baloji means “man of science” in Swahili, but during the colonial period, that meaning shifted to “man of the occult sciences and sorcery”. By placing his resilience at the centre of his work, Baloji reconciles all these influences to enrich his projects. Baloji is a poet, composer-lyricist, scriptwriter, actor and performer, video artist and stylist, and '137 Avenue Kaniama' is his most complete release to date.