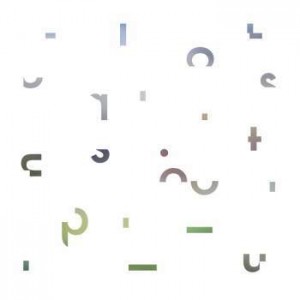 Nightports is based on a simple but unbreakable rule of restriction: only sounds produced by the featured musician can be used. Nothing else. These sounds can be transformed, distorted, translated, reworked, processed and reprocessed, stretched, cut, ordered and reordered without limitation.

Nightports was established by musician-producers Adam Martin (based in Leeds) and Mark Slater (Hull), and Nightports w/Matthew Bourne is the first of a series of collaborative albums to be released by The Leaf Label. Material for the album was recorded at Bourne’s home outside Keighley, West Yorkshire, and at Besbrode Pianos in Leeds. The recordings coax hitherto unheard sounds from a range of contrasting instruments - decrepit dusty uprights holding their own against the attack and precision of a modern concert grand. The lines between the source material and the manipulations are seamless, delivering an unexpected percussive drive and emotional impact.

The audiophile vinyl edition is half-speed mastered and pressed at Optimal in Germany Packaged in an intricate die-cut sleeve, the vinyl also includes a CD of the album The Nightports project follows Matthew Bourne’s beautiful skeletal piano and cello album "Isotach", which picked up four star reviews in Mojo and The Guardian and support from Mary Anne Hobbs at BBC 6 Music The album will be preceded by digital single "Exit" on January 5th Material from Nightports w/Matthew Bourne was premiered on three pianos with live manipulations at Middleton Halll as part of the Hull City Of Culture programme Nightports have picked up support from Gilles Peterson, with a track featured on the "Brownswood Bubblers 11" compilation. Very much in demand as a collaborator and co-conspirator, Bourne has his fingerprints on a huge number of projects, having worked with artists as diverse as John Zorn, Annette Peacock, Nostalgia 77, Amon Tobin and Broadway Project For fans of Nils Frahm, Hauschka, O?lafur Arnalds.