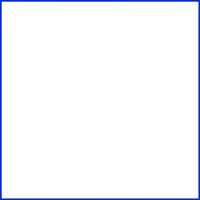 Following up one of the most truly obscure, cult electronica offerings to date, BYO-Je finally get round to dropping release no. 2, twenty four years later!! Somewhat of a golden treasure around these parts, BY01 - the "Space Disco EP" by Slow Rota and various artists fetches upwards of £80 if and when it surfaces 2nd hand. I think there MAY be a copy in Vinyl Exchange at the moment if you're lucky! Unheard through online platforms, googling the release's titles ain't gonna get you very far either... there's very few records left with so much mystery surrounding them!

Anyway, label owner and contributor, Andrew has been kind enough to bring forth the latest offering. Artist going under the name Caution! Horses. The vibe sees cushion soft electronics toying with cerebral drones and organic chimes. Recalling the childlike brilliance of fellow North West experimentalist, Solar Power Buddha whilst paying respect to industrial pioneers Chris & Cossy and their Throbbing Gristle moniker. There's more than a nod to Detroit techno and its futuristic slant; yet there's a primitive and simple beauty to the tracks displayed, shunning them from a particular chronology. Crowning glory for me is "Moment Is The Message", which sees hardwired, DIY electronix merged with splurging analogue phlegm and a Kraut-informed drum palette. "K-Balcony" is a shimmering, content and sublime number, unpacking your woes and strains on a white sandy beach as the waves lap around your ankles. Caution! Horses' skilled piano work rubs you up and down as a highly musical piece is rolled out effortlessly; bliss is the air and vigor on the horizon! "Every Cloud" concludes the breathtaking long player in a suitably otherworldly way; recalling the best bits of B12 and Model 500 as eerie atmospheres wash over rigid, mechanized beats. It's another stone cold epic addition into the annals of UK electronica and in particular the freeform and creative sprit of the North West. Stupendously limited and most recommended - get those skates on folks!