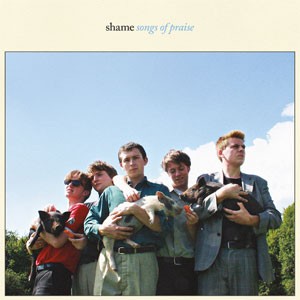 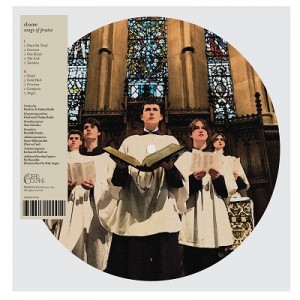 Shame thrives on confrontation. Whether it be the seething intensity crackling throughout debut LP Songs of Praise or the adrenaline-pumping chaos that unfolds at Shame’s shows, it’s all fueled by feeling. NPR’s Bob Boilen noted, “Of the 70 bands I saw at this year’s SXSW, the band Shame seemed to mean what they played more than any other.”

Comprised of vocalist Charlie Steen, guitarists Sean Coyle-Smith and Eddie Green, bassist John Finerty, and drummer Charlie Forbes, the London-based five-piece began as school boys. From the outset, Shame built the band up from a foundation of DIY ethos while citing The Fall and Wire among its biggest musical influences.

Utilizing both the grit and sincerity of that musical background, Shame carved out a niche in the South London music scene and then barreled fearlessly into the angular, thrashing post-punk that would go on to make up Songs of Praise, their Dead Oceans debut. From “Gold Hole,” a tongue-in-cheek takedown of rock narcissism, to lead single “Concrete” detailing the overwhelming moment of realizing a relationship is doomed, to the frustrated “Tasteless” taking aim at the monotony of people droning through their day-to-day, Songs of Praise never pauses to catch its breath.