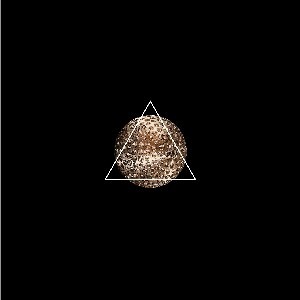 Everyone's favourite leftfield enigma, Darren Cunningham aka Actress, joined by the London Contemporary Orchestra as they premiere new material as well as expanded arrangements of their dark and brooding back catalogue. Showcased last year at The Barbican Centre London and Strelka Institute Moscow and in conjunction with Boiler Room this 12” release named simply "Audio Track 5" serves as an introduction to a larger body which will be released on Ninja Tune and Boiler Room TV as both a full length album plus live show in August this year. Over a decade of releases Cunningham has built a reputation as a fine creator of cerebral abstract techno, or R&B concrète, crafting pulsing kickdrums, jittering percussion and chopped sample loops into churning, rumbling tracks soaked in static. But he has also been on record saying he wants to make ‘classical stuff for a modern generation’. A truely defining artist, who isn't afraid to push challenging content if it gets his message across clearer, we've been big fans of Actress here at Piccadilly since forever. In this new collaboration, commissioned and curated by Boiler Room and the London Contemporary Orchestra with support from Arts Council England, the London Contemporary Orchestra bring a new dimension to Cunningham’s choice of sounds. With the producer in effect using them as a new instrument, matching his electronic loops with precise manipulation of their acoustic instruments, together they form a heightened kind of chamber music laced with electrostatic interference and DSP nuances. It'll keep existing fans on their toes, which is kinda why we love him!