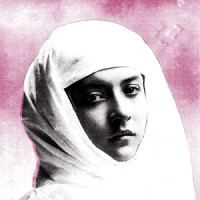 Anxiety about the precarious nature of reality is a recurring thread on Protomartyr's 4th full-length and Domino debut, Relatives In Descent. Though not a concept album, it presents twelve variations on a theme: the unknowable nature of truth, and the existential dread that often accompanies that unknowing. It's no coincidence this missive comes to us at a moment when disinformation and garbled newspeak have become a daily reality. “I used to think that truth was something that existed, that there were certain shared truths, like beauty,” says Protomartyr singer Joe Casey. “Now that’s being eroded. People have never been more skeptical, and there’s no shared reality. Maybe there never was.”

Relatives In Descent offers new layers and new insights, without sanding any of the edges born from their days as a Detroit bar band. Greg Ahee’s guitar still crackles and spits electricity. Casey's voice continues to shift naturally between dead-eyed croon and fevered bark. Drummer Alex Leonard and bassist Scott Davidson remain sharp and propulsive, a rhythm section that’s as agile as it is adventurous. But this is also Protomartyr at their most impressive. After months of rehearsal, the band decamped to Los Angeles for two weeks in March of 2017, to record with Sonny DiPerri (Animal Collective, Dirty Projectors), who co-produced the record and helped capture the band’s long-simmering vision for something more complex, but no less visceral.

It all begins with ‘A Private Understanding,’ pegged as the album's opening statement the second it was finished, and a wellspring from which the following eleven songs flow. At once beautiful and brutal, it mutates from drum-led oddity to unlikely anthem, with some of Casey’s most potent lyrical work at its centre: “Sorrow's the wind blowing through/Truth is hiding in the wire.”