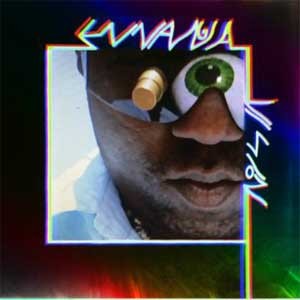 This post-modern African soundtrack follows London producer Jesse Hackett’s heady musical journey into the heart of Uganda - recording with chief collaborator, multi instrumentalist and singer Albert Ssempeke and featuring assorted vocal legends from the north of the country. The music blends a fully electronic sensibility with unusual, hand-crafted, African one-string fiddles, a 200-year-old harp and an enormous, group-played xylophone. It mixes traditional Ugandan folk songs and modern pop forms into a new vision. Hackett is influenced as much by the music of the African continent as he is by European electronic compositions and soundtrack scores. The sounds of hauntingly-dark vocoded vocals, crushed electronics, and poly-rhythmic drum machines sit alongside chiming African fiddles, rippling harps and children's laughter. He is a member of Owiny Sigoma band having sung on and co-written a lot of their work spanning three albums. He is also touring keyboard player for the Gorillaz and has released records on Stones Throw, Honest Jon’s and DEEK Recordings, to name a few. Albert Ssempeke is the son of a prestigious royal court musician who played in the days of the old Buganda kingdom – one of more than twenty five musical siblings, Albert is simultaneously an educator, performer and preservationist of this intricate and complex traditional form of music. Here he plays over ten traditional Ugandan instruments including Amadinda (xylophone), Ngindidi (fiddle), Endongo (harp), Ennanga (flute) and many more.