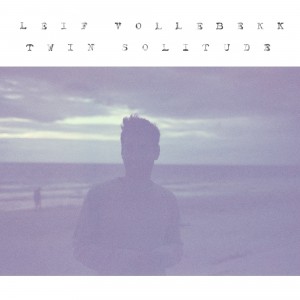 Leif Vollebekk, the Montreal singer songwriter and multi instrumentalist had hit a wall. In the midst of endless touring Leif found himself retreating to his lonely hotel rooms after shows and listening to Nick Drake’s ‘Pink Moon’ alone in the dark. His own songs didn’t sound right and he felt the bright spots in his sets were the covers he’d end with: songs by Ray Charles or Townes Van Zandt. In this deep blue mood he booked a secret show at a Montreal dive bar, only playing covers with a band that rehearsed once. The experience led Leif to change his approach to songwriting: explore the ideas that came spontaneously to him, and let the songs shape themselves. Soon the songs came pouring out of him. This approach is what created the lush, freewheeling and often devastating ‘Twin Solitude,’ out February 24 on Secret City Records.

"By the time the last notes die away, all that's left should be you," Leif says. "And I’ll be somewhere else. And that’s Twin Solitude.”

Leif’s third album, features 10 delicate and expansive original songs, with lyrics that pour out of this singer songwriter that are often compared to Jeff Buckley. Leif’s words lay on a bed of elastic instrumentation full of piano, synthesizer, guitar, rich electric bass and strings.

Several songs on the album came to Leif and were written in one sitting. 'Into the Ether' came to be while he was exploring a Moog synthesizer. ‘Elegy' is a bedside soliloquy, of love slipping through fingers and came to Leif while he was riding his bike through Montreal. The meditative ‘Michigan' was written on a half-tuned guitar and fully written as he was about to go to sleep. Other songs on the album capture the countless hours Leif has spent on the road, crisscrossing North America. 'Big Sky Country' recalls a trip to Vancouver with his family when he was young, never forgetting the expanse of Montana and listening to Ian Tyson’s song 'The Gift' in the car over and over again.
‘Twin Solitude’ features Olivier Fairfield from Timber Timbre (drums), Sarah Page from the Barr Brothers (harp) on ‘Rest' Shahzad Ismaily of Marc Ribot’s Ceramic Dog and SecretCheifs3 (bass) on several tracks and the string duo Chargaux throughout the album as well. It was engineered by Dave Smith and recorded at his Breakglass Studios in Canada. Produced by Leif Vollebekk.

Vollebekk made his album debut in 2010 – and since then has performed at the Newport Folk Festival, and shared stages with Daniel Lanois, Beth Orton, Sinéad O'Connor, Patrick Watson, Coeur de Pirate, William Fitzsimmons and Sam Amidon. His debut ‘Inland’ was described as “beautiful, memorable and moving” by NPR and “timeless and monumental” by The Independent.

Crazy PIf Life Could Be This Way